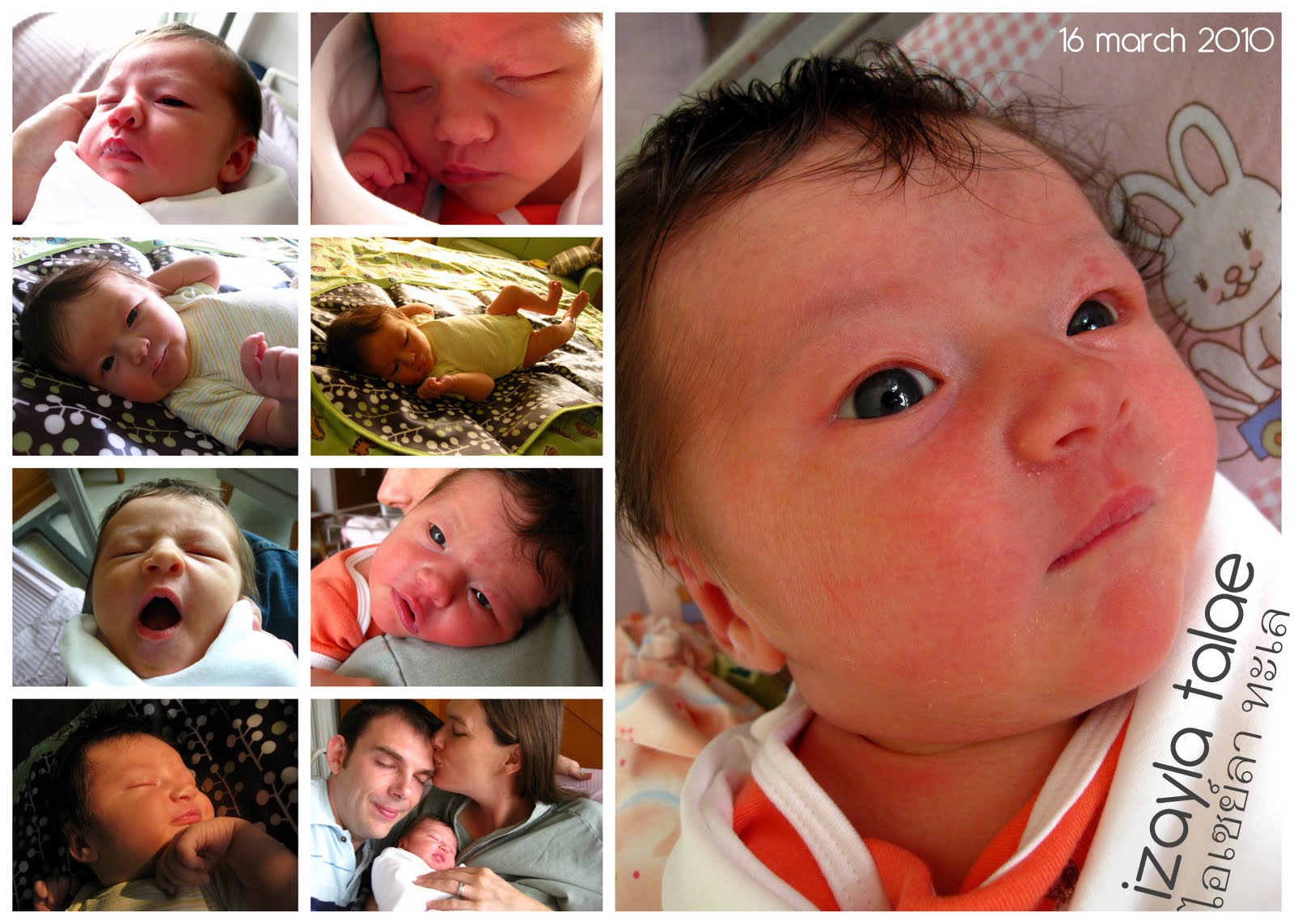 It is with great joy that we have welcomed our daughter Izayla Talae Hauptman into this world! Kashmira gave birth to Izayla on Tuesday afternoon, March 16 at 4:49pm naturally after about 17 hours of active labor. Izayla was 7.5 pounds at birth, and 19 inches long. Izayla (pronounced “eye-zae-la” or “ไอเซย์ลา”– a bit like the name “Isaiah”) is a name that came to Kashmira in the middle of the night during a bout of pregnancy insomnia. She woke up, wrote it down on a scrap of paper, fell back asleep and promptly forgot about it until Iven asked what an “Izayla” was the next morning… Kashmira’s 3am inspiration is loosely connected to the book of the Hebrew prophet Isaiah, especially the 61st chapter, and some of the Hebrew words used in that chapter to describe God’s vision of fullness for His people. Izayla’s middle name, Talae (pronounced “tuh-lay” or “ทะเล”), is a lovely Thai word for “ocean” or “sea”.  Iven thought of this name several months ago as a creative way to pass on a little bit of Kashmira’s marine heritage, while also honoring that our little one was “made in Thailand!” We already love her dearly and know that you will as well! More pics can be found via the pictures page 🙂

Your hospital is so far away!

The Time… It Flies!

This site uses Akismet to reduce spam. Learn how your comment data is processed.

Our Most Recent Update!

As non-salaried YWAM volunteers all of our financial support comes from the generous partnership of individuals and churches. For more information on ways to partner please check out our Giving Page.

PAY PAL DIRECT DIRECT TO OUR FAMILY: If you desire to partner in ministry and don't desire a tax-deductible receipt you may contribute directly via Pay Pal by clicking below - this is the quickest way to give electronically, but please note, THIS IS NOT TAX-DEDUCTIBLE!

Theme by Anders Noren — Up ↑